A Fracking Ban Would Hurt Farmers, Families, and Western States 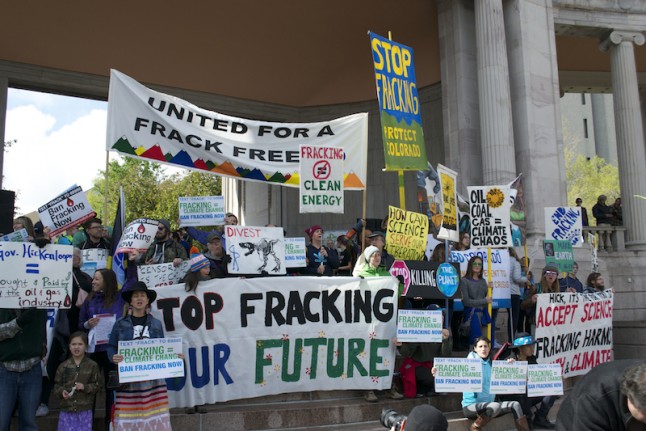 Anti-fracking activists at the "March for Science" on April 22. Source: Colorado Independent, http://www.coloradoindependent.com/165016/activists-hickenlooper-march-for-science-fracking

A nationwide ban on fracking would have significant negative impacts on America’s economy including decreases in household income, job losses and GDP decline according to a new industry study this week.  The American Petroleum Institute (API) warned Thursday that a nationwide fracking ban like the ones proposed by several Democratic presidential candidates would lead to 7.5 million lost jobs by 2022 and painful increases to the cost of living for American families.